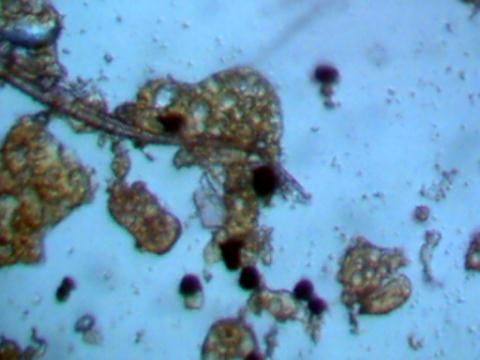 A gel sample, identical to two others previously identified, is analyzed in this paper. This sample was sent in by a witness who found numerous identical samples in her yard after small planes and helicopters flew over her house just before the samples were found. There appears to be a clear cellular structure in the sample that absorb iodine stain readily and become darkened in color. Reports of serious ill health have been associated with this gel material. 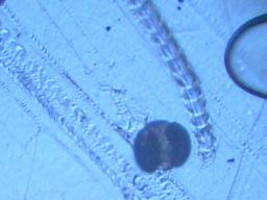 Transparent gel that was sent in and discussed in a previous Carnicom paper named GEL FALLOUT REPORTS, dated April 24, 2000, is pictured and analyzed in this paper. There are three (3) recurring forms or objects that appear in each of three (3) separate slides that were prepared for viewing under a microscope: 1) an unidentified circular cell around 45 microns in diameter; 2) pine pollen, which is identical to the pine pollen found in the previous paper titled INQUIRY: RAINWATER ANALYSIS dated June 27, 2000; and 3) geometrically ribbed linear forms. Numerous pictures are attached to this paper for viewing. 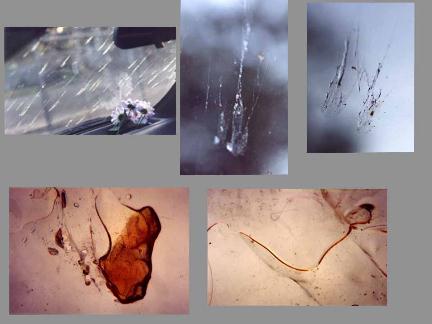 A honey like substance was splattered on a witness’ windshield while she was driving in California in April 2000, as well as on the car’s windshield behind her. The woman took photographs that are shown in this paper, and a small sample of this material was sent to Clifford Carnicom for analysis. There is fibrous material in the sample as well. This occurred under a clear sky with no obvious reason for this material to have landed on this car. Of note are two similar instances of what appeared to be identical materials observed, one in July 2000 in Albuquerque New Mexico that was experienced by Clifford Carnicom, where a material landed on his car windshield that was similar form and color to that of the samples sent to him previously. Another report from a witness in North Carolina claimed in August 2000 that a very similar material was found on her car windshield.