Stories of three different scenarios where testing laboratories terminated services for those seeking knowledge of the makeup of samples sent to them are told in this paper. One was for a concerned citizen who had a rainwater sample tested, and had sent the results to Clifford Carnicom, which were published on the Carnicom website. After publication, this particular lab refused to do further testing for this individual, and gave no indication as to why they had made such a decision. Carnicom himself had a similar situation occur when he had an atmospheric fiber sample tested by a different lab...services were terminated when the results of the lab report were challenged and refuted in a personal visit by this Carnicom. Upon making the first two of nine contradictions known to the principal of that company, this owner stated that "this discussion is now over". A third encounter happened when the career of a state criminal forensic scientist was threatened when an interest was expressed by that individual to assist in the identification of a certain atmospheric fibrous sample. It was stated in that case that the career of that individual and all post-retirement benefits of the forensicist would be terminated if any involvement in identification were to take place. The act of laboratory identification was never completed. 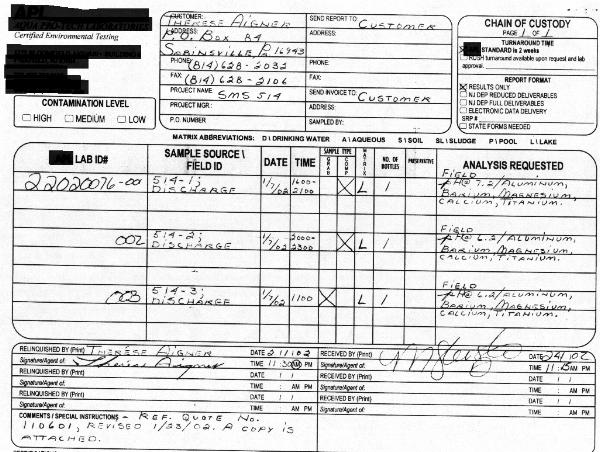 A report from an independent consultant sent to a woman who had sent along three separate samples to be analyzed are attached on this page. The analysis report sent to this woman details proof that the samples contain metals and other elements that are known to be used in aerosol programs. The breakdown of the levels of contamination are attached to this page.