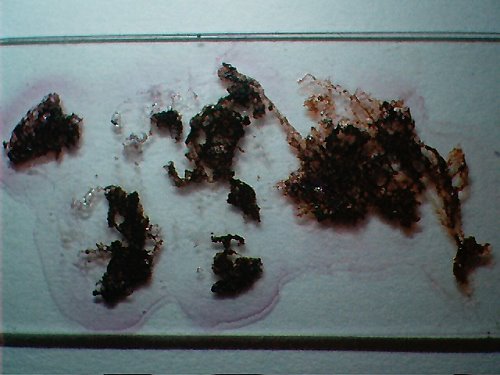 This paper discusses a method that has been established to remove at least a portion of the pathogenic forms that have been reported extensively by Clifford Carnicom in his recent papers. The method involves the use of red wine or a red wine-hydrogen peroxide mixture as an extended rinse for the mouth. It is clearly stressed in this work that the pathogenic forms under investigation are repeatedly showing up in the general population, regardless of whether certain "skin anomalies" (typically falsely considered the Morgellon's condition) are present or not. The pathogenic forms were, however, first discovered as a result of examination of these same skin anomalies. The segregation of only certain individuals as having the "Morgellon’s" condition is completely and totally false; the general population is involved whether they would like to know of it or not. The pathogens found have now been discovered repeatedly across all major body systems and functions, including skin, blood, hair, saliva, dental(gum), digestive, ear and urinary samples. To date, no human being is excluded from the findings of recent research through this site; hopefully exceptions to this case will soon be found.