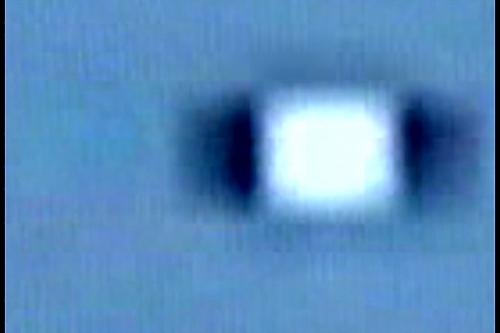 Reports of orbs, or lighted spheres, have occurred frequently during recent years and these reports appear to frequently coincide with the aerosol operations. Isolated but credible photographs of such orbs have been brought to my attention in the past. I have, however, refrained from presenting this information due to the lack of corroboration and redundancy in the imagery evidence that is available.

On March 10, I conducted video taping of heavy aerosol operations to the southwest that were centered over the Albuquerque, NM region during the sunset hour. The camera was on a tripod during the entire session. At the close of filming, the camera was pointed at an airplane in the southeast sky at an angle of approximately 30 degrees in altitude. After the aircraft had passed, a spherical object appeared and remained relatively stationary in the viewfinder. I videotaped this object for approximately 1 1/2 minutes, and the evidence from that taping appears on this page. 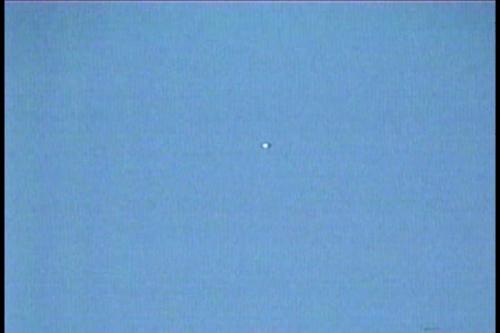 The size and origin of the object can not be determined at this time. The character of the object is generally that of a ball of light. Higher resolution video remains available for examination, and limits of resolution are inherent in the internet presentation of this information.

Examination of the video reveals several interesting aspects. The physics of motion of the object defy common explanation. There is no obvious propulsion system visible, and the movement of the object is generally non-linear. The boundaries of dark on the right and left sides of the image frames may be an artifact of the camera process; similar exaggeration of light boundaries have been observed during the filming of conventional contrails, for example. The camera was operating in a digital mode, and increased zooming of the lens reveals increasing pixelization as is expected.

In the original video or higher resolution formats of the video, an interaction of the object with the surrounding atmospheric medium can be seen. This interaction occurs in periodic pulses, always on the same side of the object (left side). The interaction is visible as variations in the lighting of the pixels over a fairly broad region of the frame, an area slightly smaller than the area of the orb itself. It would appear that this interaction is of a plasma nature. There also appears to be a pulsation within the light source itself, however it can not yet be determined if this is an artifact of the imaging process. Any variation in the size of the object is due to variations in the video camera focal length (zoom), and it is not due to change in the distance to the object. 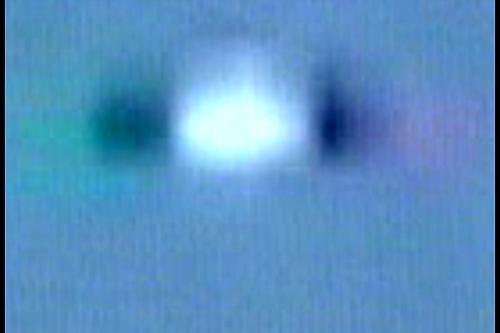 It is not known whether or not there is an association between the existence of this object and the concurrent conduct of heavy aerosol operations in the same general area and at the same general time. The appearance of the object and the subsequent video record of this object are simply made available to the public for consideration in light of previous reports that have been made.

Citizens are encouraged to further this research topic, and to seek out the highest quality imagery if such events reoccur. The circumstances of this videotape were somewhat fortuitous, as the camera was relatively stationary on a tripod at the time and appeared in the viewfinder somewhat serendipitously.

Video versions of this event suitable for distribution over the internet are available at the bottom of this page through a variety of links.

It is appropriate and proper to consider the existence of such orbs and/or other anomalous objects in the context of the research that has been conducted for more than five years on the nature, origin, applications and purposes of the aerosol operations.

Two additional anecdotal reports of anomalous airborne objects have been received, one over the Farmington, New Mexico area and the other over the outskirts of Santa Fe, New Mexico. These reports occurred during the same general time period of this report, however, the specifics of observations are not available at this time.

It has been brought to my attention that the date of observations recorded under the images has been previously misstated as Mar 10 2002. The actual date of observations was Mar 10 2004.  The original date of the authoring of the report on Mar 14 2004 is correct.  These dates have been corrected.  My appreciation is extended for the identification of this error.  This date has been verified by its association with the documentary production  released in Jan 2005 as well as the date and time stamps of the original media files that were produced.  The report stands as stated.