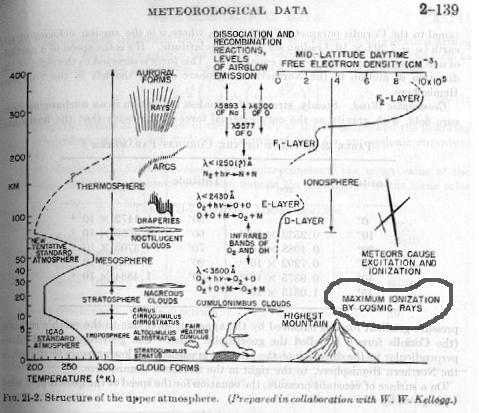 Please note the location of the maximum ionization by cosmic rays within the atmospheric profile. Source: American Institute of Physics Handbook, 1963.

The role and importance of photo-ionization within the aerosol operations is becoming increasingly evident…the formation of so-called “clouds” can be directly related to the introduction of easily ionized materials within the atmosphere. This paper’s finding substantiates the case for radical alterations in the earth’s atmosphere, as well as with the recent findings that demonstrate the abundance of electrically charged particulate matter in direct association with the aerosol operations.