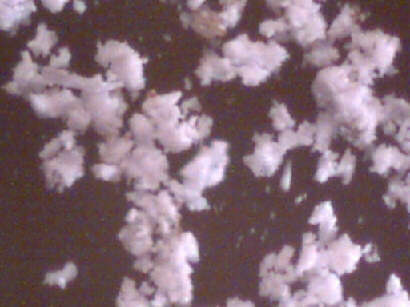 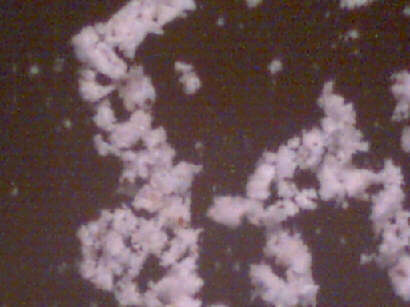 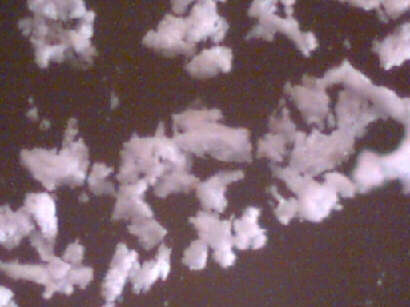 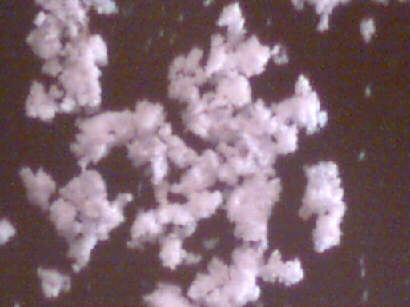 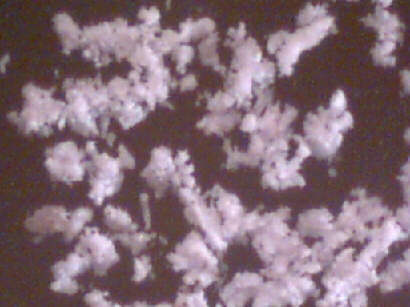 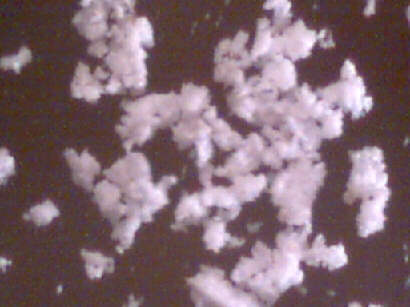 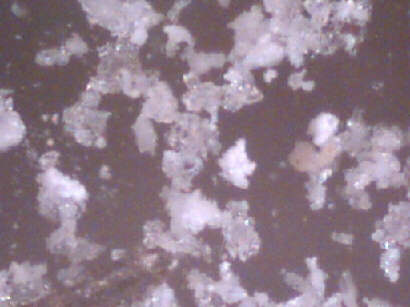 This ground sample has recently arrived from California. There is limited information available regarding the conditions of sampling at this time. Magnification provided is 200x. The material is white and of powder or granular form. It’s presence was regarded as being unusual by the collector of the sample. It is immediately soluble in sulfuric acid. The characteristics of this material are in no way similar to the microscopic fibrous material which has been received earlier. Additional information will be provided on this sample as it becomes available or as further analysis of the material warrants. The average measured size of the particles shown is approximately 200 microns, or approximately 2-3 times the thickness of a human hair. 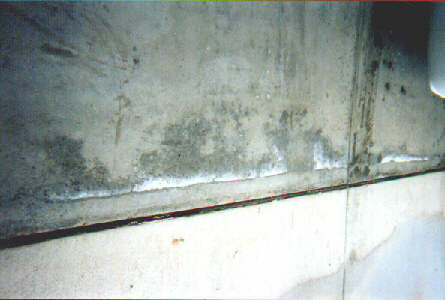 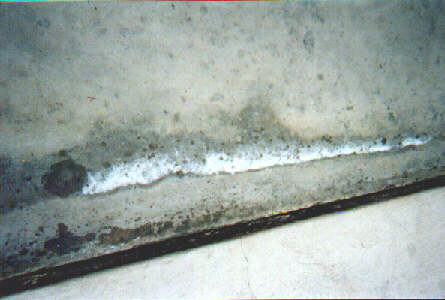 The above two photographs depict the referenced ground sample with a normal camera lens. The significance of this ground sample, as well as the identification of it, remains unknown. The material shown apparently is on the inside of a garage wall, and therefore even exposure to the elements remains an uncertainty at this time. If a more complete description of the conditions of sampling and photographing become known, this information will be presented. In contrast, if further clarifying information does not become available, it is not expected that it will be investigated further than that which is shown herein. It will be maintained as a reference should any further similar materials be received. The following statement regarding the samples shown on this page has been received Feb 27 2000:

“The enclosed are the photos I took before collecting the sample. The white substance was approx. 7-10 days old and most was stuck to the concrete. I used a piece of typing paper to scrape as much up as possible. I cannot say, for certain, than any contrails were observed on the day I first noticed the sample. I can say, however, that I have observed numerous contrails in the Sacramento area.”