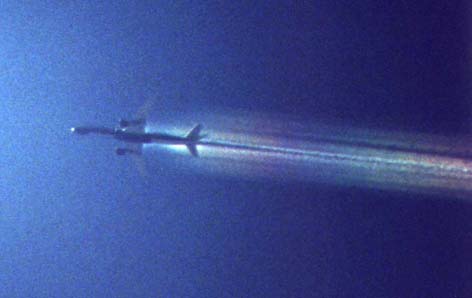 Notes submitted by the sender:

“Hi Clifford. I’ve got another sprayplane for you to see. Both photos are of the same plane just a few seconds apart. The photos were taken on July 5 at approx. 9:00AM in Diamond Springs, CA. the plane approached from the South heading North. It sprayed for approx. 30 seconds, 10 seconds before I took the photo and about 20 seconds after. The trail that it left for that 30 seconds eventually turned into a high cirrus cloud that persisted for several hours. The relative humidity for sacramento at 300mb on July 5 was approx. 67%. Notice the white spray coming from the wings between the engines and the cabin.”

“I’m sending you the uncropped picture of the Megasprayer I sent you. I thought it might be helpful in determining altitude. I believe it is a Boeing 757 series 200 with an overall length of 155ft. 3in. The print is 4by6 inches and as you recall was shot with 1000 mm lens.” 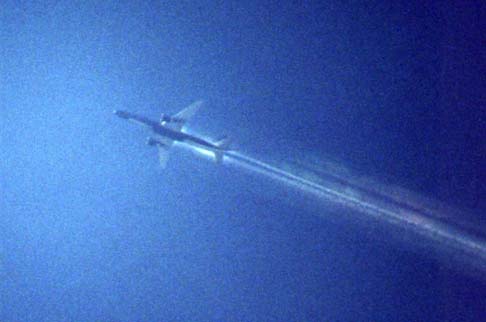 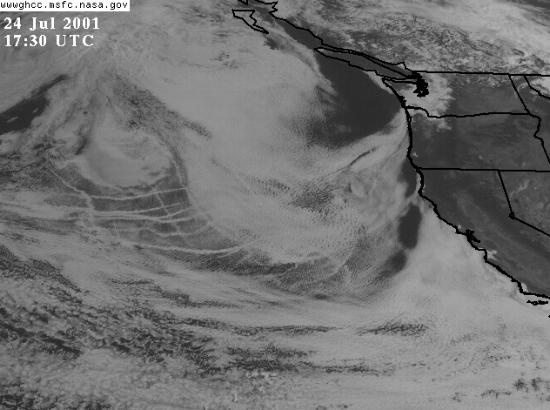 Satellite Image Received by Email on 072401

Notes submitted by the sender:

“Hi Clifford. No sprayplanes over Sacramento since the 16th. They’ve been busy off the coast. Check it out.“