Another Marker for Examination 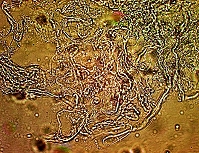 Another Marker for Examination
(One of Many…)

An individual exhibiting respiratory distress has recently made available a sputum sample for observation under the microscope. The primary symptoms stated to exist include a deep and persistent cough with difficulty of expectoration.

The photographs that follow clearly demonstrate the general internal structure of this sample. Two salient forms make their appearance within, i.e., a sub-micron coccus form and a filament network. In the case of sputum, these structures are encased within a biofilm matrix.

The reason for presenting these images is to allow comparison of them with the microbiology that is understood and known to characterize the Morgellons health condition. 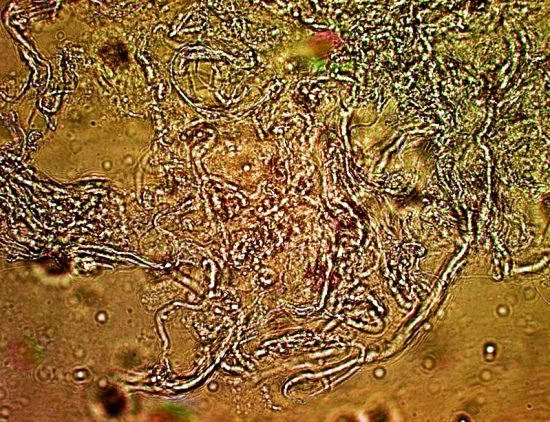 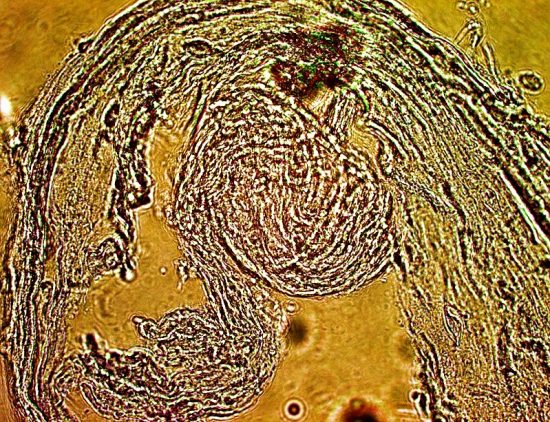 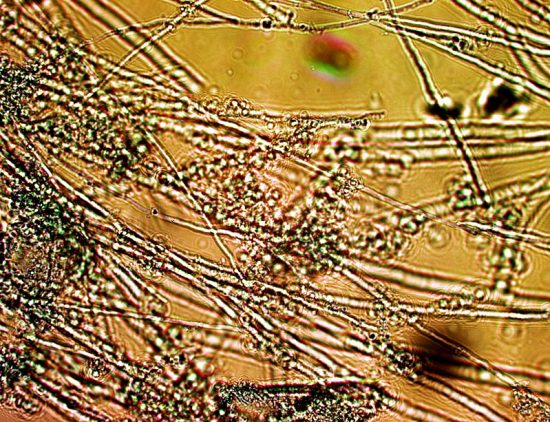 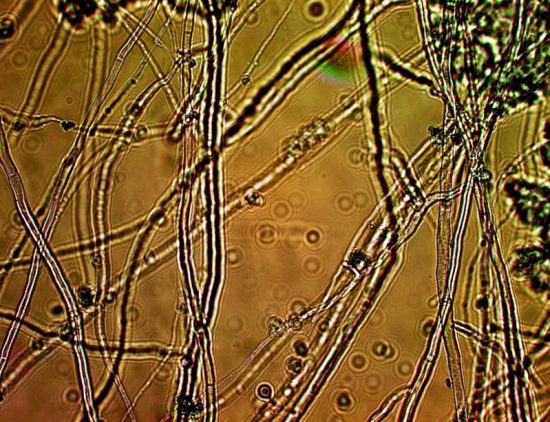 The microbiology of the Morgellons condition, as determined by this researcher, is also characterized predominantly with the coccus and filament forms of growth (at least in the earlier stages). Representative growth of these forms in a controlled culture environment is shown above. Based upon the known existence and broad distribution of this type of microbial growth in the general environment, the similarity between the various samples shown is not, in any probability, coincidental.

Any of the more subtle differences that exist, mostly in the manner of conglomeration within the network, is likely due to the matrix difference of the environments they exist within. In one case, biofilm as a congealing, encasing and protective medium; in the other case the liquid medium allows a more free flow growth of the network.

A variety of laboratory techniques and methods have been applied, including infrared analysis, and all methods confirm the essential equivalency of the two sample types shown.

In retrospect, there are some interesting questions and puzzles here, some likely now answered and some that remain:

The persistence and depth of a cough that has been under common report with emerging and ill-defined “flu-like” conditions might now often be easily explained with the existence of tenacious, biofilm-encased filament networks within the body.

For those that have a historical bent, the timely arrival of the 1-800-I-GOT-FLU public service call invitation twenty years ago that coincided with massive environmental changes, especially those involving the atmosphere, is more than a curiosity.

The redefinition of the epidemic reporting standards by the Centers for Disease Control for flu conditions shortly after these new “health conditions” developed en masse also does not pass the coincidence test with ease.

The rise of chronic respiratory disease to become a leading cause of death, as documented on this site in 2001, may now be even more poignant and relevant to this discussion than originally foreseen.

The omnipresent campaign to enlist injections into the masses for that same ill-defined “flu” must be viewed with sensible skepticism.

The particular test here is relatively easy to conduct; a decent microscope and curiosity are the only real requirements. I may be mistaken, but I seem to recall that sputum tests were done quite routinely in the past to identify the particular microbiology of various disorders. Those with a chronic cough and ‘flu-like’ symptoms do not seem to receive such attention these days. If that is a true statement, it seems fair to ask, why is this the case?

The truths of evident and emerging health conditions will make themselves known; it is primarily a case of our readiness to accept new realities of our lifetimes and to pursue them with compassion and honest curiosity. We are certain to reduce unwarranted and unnecessary suffering when we are willing to do so.

For now, there is another marker that we should all be looking at a little more closely…