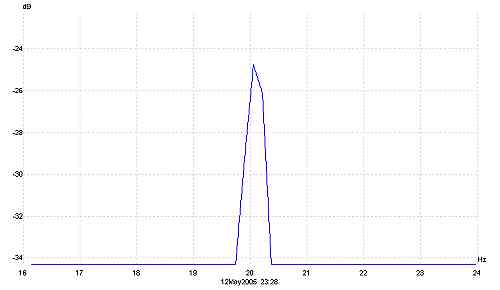 It is to be expected that specific ions that are important to human health are in the process of being affected on a large scale geographic basis.  This premise is based upon the principle of “cyclotronic resonance”, a phenomenon which occurs when charged particles are subjected to low frequency radiation in the presence of a magnetic field.  Each of these mechanisms is in place, and the documentation of ambient Extremely Low Frequency (ELF) radiation at a fundamental frequency of 4Hz, along with several harmonics,1 adds a critical component.  This radiation,  in addition to the earth’s magnetic field,  provides the physical mechanisms to induce this resonance for specific nutrient ions within the human body.

The emphasis in this report is upon the potassium ion, which is of fundamental importance to human health.  Although there are additional ions which deserve discussion at a later point, the primary ranking of potassium in human biology is of special concern.

The reader is referred to the following statement by Dr. Robert. O. Becker:

It is shown within this report that the potassium ion is specifically expected to incur biological interference within people over large regions of the earth’s surface.  This is due to the fact that the fifth harmonic of the ELF that has been repeatedly measured over a period of several years corresponds to the cyclotronic resonant frequency of potassium.  This fifth harmonic, along with numerous other harmonics is a regular component of the ELF radiation that under measurement at this time.  This expected interference, albeit intentional or not, can be shown to exist based upon the principles and physics of cyclotronic resonance, a phenomenon well established3 in classical electromagnetic theory.

The physical conditions required to achieve cyclotronic resonance with a certain ion are very specific.  They require a unique combination of charge on the particle, a specific mass of the particle, a specific magnetic field strength and a specific introduced electromagnetic frequency into the environment.  The current examination shows such combinations to be few in number, but potentially very important if they are found to exist.  The importance of the potassium ion to human health has prompted this initial disclosure so that the process can be examined more fully.  Additional ions are under examination.  The consideration of an additional resonance phenomena, that of nuclear magnetic resonance, is also underway.

With respect to cyclotronic resonance, the equation for the resonant condition occurs at4:

whz is the cyclotronic resonant frequency in cycles per second (Hz)

q is the electric charge on the particle in Coulombs

B is the strength of the magnetic field in Teslas

and m is the mass of the particle in kilograms.

To approach this problem, we are interested in the special cases where the resonant frequency to be determined is 4hz, or a multiple of 4hz (harmonic).  The harmonics have been measured up to 28-32hz (7th and 8th harmonics) with regularity.

Therefore we can set up the problem as:

where n is the harmonic under consideration ( n =1 is the fundamental frequency of 4hz), and Z is the valence of the ion.

The mass of an atom is equal to the atomic mass in grams per mole times 1E-3, divided by Avogadro’s number, 6.02E23.

Therefore, the equation can be rewritten in more convenient terms as:

Our problem, is to find those combinations of Z (valence) and n (harmonic multiples) that result in an atomic mass number that corresponds to the reality of a known element.

It will be found that the K+ ion satisfies this equation very closely for the magnetic field strength of much of the mid-latitude regions of the globe.

The atomic mass number for the most common isotope of potassium is 39.0gms6.  Equivalently, the cyclotronic frequency that corresponds to the atomic mass number of 39.0gms in the magnetic field examined is 19.9Hz.  Such unique combinations are not common, but they do occur.  They are of concern with respect to human biological function and interference, as these ions will absorb energy and can lead to the disruption of cellular ion exchange processes.

It can also be expected that variations in the magnetic field of the earth can lead to other potential resonance conditions in various regions or latitudes.  It is therefore not unexpected to find large regional health issues that will correlate with variations in the magnetic field strength of the earth.  Certain ions are expected to be disrupted in some areas of the globe more than others.

It should be remembered that the true cause for concern here is introduced Extremely Low Frequency radiation that makes this condition possible in the first place.

On a more personal note, it may be found that supplementing the diet with chelated forms of magnesium, calcium and potassium can be beneficial, especially in relation to allergic conditions. Readers may wish to examine further the relationships between positive ion increases and allergic conditions that have been reported7. A deficiency of potassium is known to cause fatique.8 The body’s ability to manage both potassium and magnesium levels appears to be strongly linked; additional symptoms of potassium deficiency include depression, cognitive impairment, nervousness and insomnia9.  Excess of potassium can also lead to significant complications.

More complex resonance conditions, such as those involving the 60Hz power grid and the modified atmosphere, are also under examination and may be reported on in the future.  The primal importance of the potassium ion has prompted the issuance of this report.