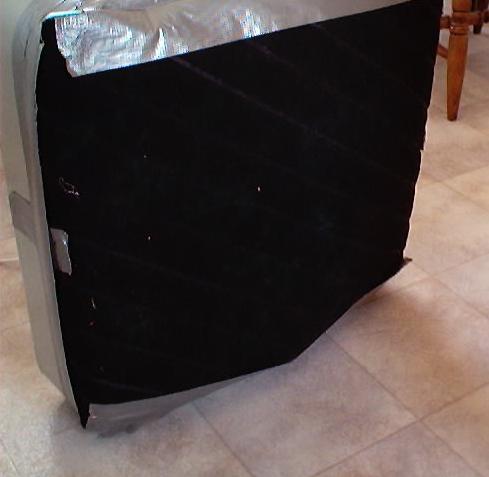 It is by now quite apparent that the general health of the citizenry is being negatively impacted from the effects of the criminal aircraft aerosol operations that are being conducted without informed consent. Dedicated and vigilant efforts to maintain any degree of health are commonly required by many, especially in relation to the respiratory and allergic ailments that are now all too pervasive. Many individuals are now alert to the benefits of an air filtration system if it were to be available; unfortunately the cost of a high quality HEPA air filter adequate for full-size home use is often prohibitive.

The following unit was developed as an experiment and for functional use only; the aesthetics of manufacture will be left to a future endeavor. Although not intended by any means as a substitute for a HEPA filter (i.e., filtration down to 0.3 microns), the following construct hopefully will be beneficial as a simple and inexpensive means to improve the air quality in a room or other controlled environment. It has been found to significantly improve the air quality under the initial trial period of approximately six weeks, along with a commensurate improvement in health. Several photographs demonstrating the results of using the filter are included on this page.

The filter consists of nothing more than a high volume box fan (20″ square) covered with the highest quality furnace filter material that can be found thus far. Most furnace filters would be appear to be almost entirely worthless for this venture because of the coarse mesh size. This particular filter type appears to, and is claimed to, provide filtration down at the level of several microns, e.g, 5-10 microns in size. It appears to be a worthwhile effort at this time from the beneficial effects that have been noted above, and that are shown below.

The unit costs approximately $30 to construct. Approximately $20 for the fan, and another $8-$9 for the filter. It is believed that the product/manufacturer of this particular filter material is Purity ( I will check on this [this has been verified 04/19/02]), and it is available at common discount stores. The filter material is advertised to be at least partially efficient in the 5-10micron size range, and any others of lesser quality should be avoided as they are thought to be essentially meaningless under the conditions of particulates that now exist. The filter material (25″ x 19″) is simply stoutly taped onto the front of the fan, and the air will be drawn through the rear of the fan towards the front. A short test using smoke can be used to test the effectiveness of the unit. Another test to demonstrate the air flow can be made with a match or lighter flame; this unit will deflect the flame at least 4-5 feet distant from the front of the fan. The filter is placed such that the back side of the filter faces the room airspace. This filter has been running almost full-time for approximately six weeks now. The filter may appear to be relatively ineffective for a couple of weeks until sufficient density of material is available to become visible. The efficiency/cost benefit of this filtration system appears to be substantial enough such that I choose to offer it to the public for consideration. 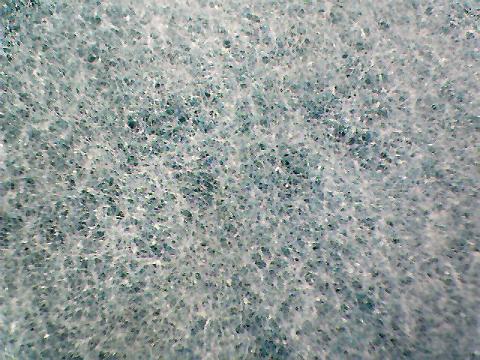 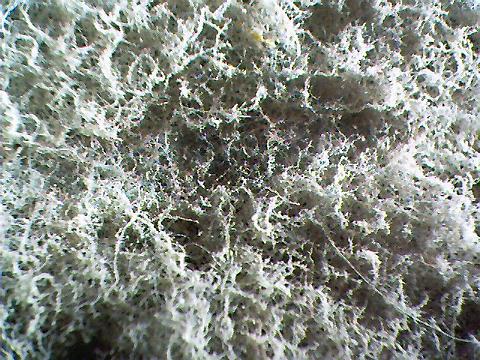 Photograph of particulate and fibrous materials collected
after approximately six weeks of usage. 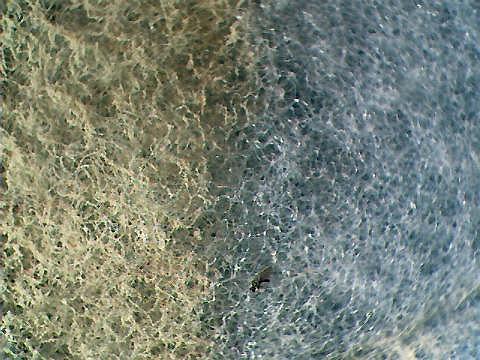 Photograph of the usage transition zone: Unused filter portion
on the right, used on the left for approximately six weeks.

Readers may also wish to become familiar with the page on this site entitled:
A LEADING CAUSE OF DEATH