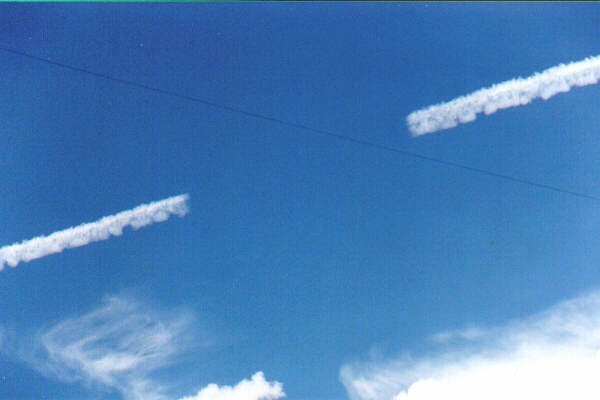 THE EVIDENCE CONTINUES TO ACCUMULATE: An independent photographer has recently submitted the telephotos presented on this page, which further confirm the existence of a new aerosol spray system. It will be observed that this system is identical in all respects to that first presented on this web page on Aug 14, 1999. These photographs were taken over Paonia, Colorado on August 24, 1999. These photographs are especially incriminating in that they show the aerosol turned abruptly off and then on again; the trail below originates from the same plane which is shown above. 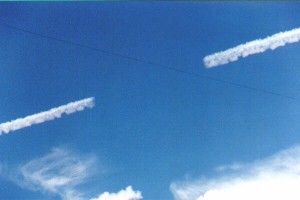