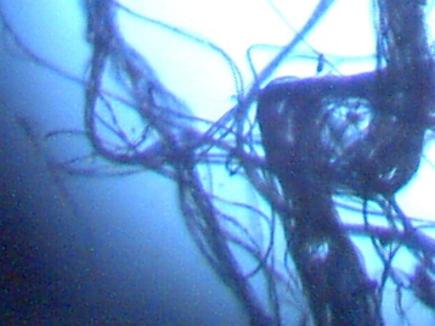 Two additional samples of fibrous material have been received within the last few months. These samples are identical in both appearance and characteristic to those described earlier. Four such samples have now been reviewed under the microscope. Material by all appearances identical to that presented herein has been sent by certified mail to the U.S. Environmental Protection Agency for identification. These earlier materials were found to contain significant biological components as described within previously. To date, this agency refuses to identify this material and to disclose the results of such testing to the American public. Carol Todd Whitman, the recently appointed administrator of the Environmental Protection Agency, is now obligated to fulfill this duty to the citizens of this country. 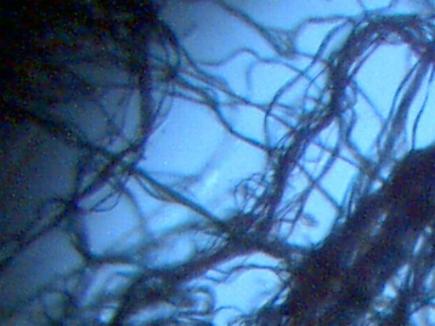 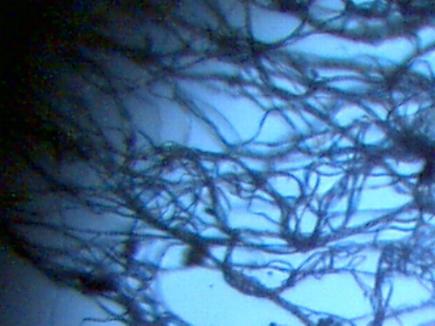 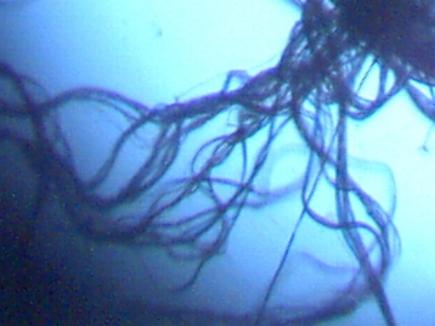 Statement received which accompanied the sample from Joseph, Oregon: 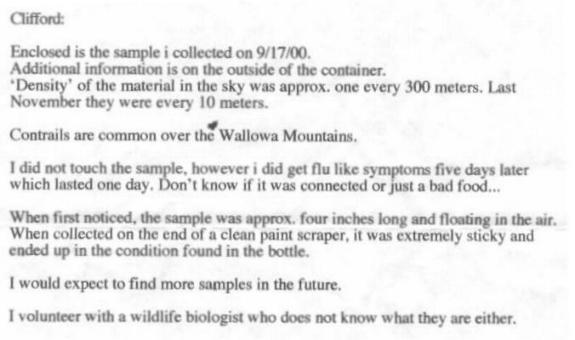